Researchers at Gießen University have discovered that a surprising number of children and adolescents have developed type 1 diabetes since the beginning of the epidemic. The autoimmune disease was diagnosed in 5,162 people under the age of 18 between January 2020 and June 2021 – this corresponds to a 15 percent increase in incidence compared to the previous years 2011 to 2019. In the summer following the first corona wave, there were 50 percent more cases percent. than expected. The researchers also found it remarkable that the increase in diabetes diagnoses always occurred three months after the last corona wave. Data for the study were taken from the National Diabetes History Documentation Registry (DPV Registry), which records more than 90 percent of all childhood illnesses in Germany.

Vaccine for children from 5 to 11 years old

Despite safety concerns, children begin to vaccinate against corona

But why are more and more children developing type 1 diabetes? Until now, there were only hypotheses about it – to understand them, you need to know how type 1 diabetes develops. Unlike the well-known and more common type 2 diabetes, type 1 diabetes is not associated with an unhealthy diet and lack of exercise. Rather, it is an autoimmune disease whose exact cause is unknown. What is known is that the sick body – caused by anything – begins to produce autoimmune cells against the insulin-producing cells of the pancreas. It releases these destruction cells toward the pancreas until it is no longer able to produce insulin. However, because insulin is urgently needed to absorb glucose and other carbohydrates into our cells, patients have to inject insulin for life. If they do not, they are at risk of serious metabolic disorders, which can be fatal in the worst case.

A small part of the scientists exposed to the panic of Corona now believe that Corona infection can cause the emergence of type 1 diabetes. Viral infections have long been discussed as potential triggers for what is known as juvenile diabetes. You can imagine it like this: a person is born with the genetic disposition of type 1 diabetes – whether the disease occurs and when it spreads depends on whether the person is in contact with certain environmental triggers. This can be a viral infection, but also stress in any form. The trigger activates genetic factors and modulates a devastating autoimmune reaction. Some researchers believe that the coronavirus could trigger this process, too.

However, there are arguments that speak strongly against Corona as a cause. As Clemens Kamrath, associate professor at Giessen University and head of the aforementioned study, explains, consistently high increases in new diabetes cases were observed from 2020 to 2021 after each corona wave. Kamrath: The increase in diabetes risk after the first, second or third wave of corona is exactly the same. However, the number of Covid 19 cases in the second and third waves was much higher than in the first two waves. If Sars-CoV-2 causes diabetes, we might have expected it to reverse accordingly, numbers should be higher than after the first wave. “But that was not the case.

Kamrath suspects that other factors in the epidemic have led to the rise in type 1 diabetes cases. On the other hand, increased psychological stress could be a catalyst for an outbreak rather than a virus. Day care, school closures, isolation at home and lack of contact with peers – all this has affected children and young adults and may have increased the stress hormone cortisol. This stress could also have caused the initial autoimmune reaction to develop type 1 diabetes.

On the other hand, Kamrath thinks it is possible that prolonged isolation at home has thrown young children’s immune systems off track, which in turn could lead to outbreaks of the autoimmune disease. Kamrath: “Everyone knows the example that children who grew up on a farm have less allergies, probably because the immune system is busy and well trained. This training is not available in the absence of contacts and therefore there is no chance of contracting other diseases.” 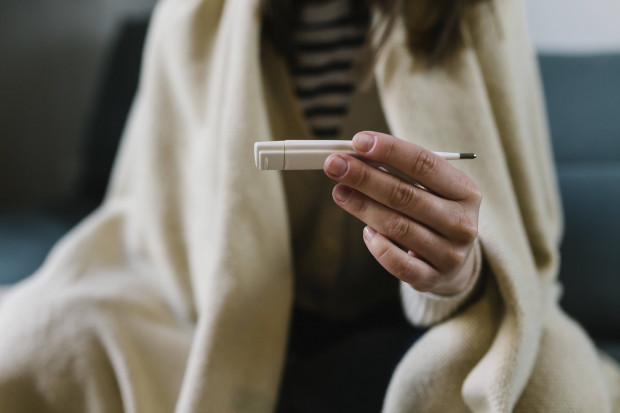 Loss of “update” of the immune system

In line with this thesis, Kamrath found in his study that there was a sharp increase in new cases of type 1 diabetes, especially in young children under six (23 percent over the entire period; 34 percent in the first half of 2021). The increase in new cases was significantly lower among people aged 6-18. Kamrath explains: “Young children can […] They may be particularly affected because their immune systems are still developing and more susceptible to such changing conditions [Lockdowns, Anm. d. A.] he is”.

According to Kamrath, the possibility of his hypotheses will become clear in the months following the omicron wave. “Unfortunately, there is currently a significant infection among children […]. If Sars-CoV-2 is really the trigger, then in a few months we will have a massive increase in cases of type 1 diabetes. “If not, then there is a serious accusation: the policy of perpetual closure can not only, as is already known, have done so much psychological damage in youngsters – and may also be the impetus for the fact that so many children now have to live their whole lives with a terminal illness that requires Lots of treatment.